Photo-resistor and photo-diode are two kinds of electronic components that have been widely used in cameras to detect the illumination of the surveillance scene so that the IR cut can be properly shifted to provide light compensation in low-light situations. They are sensitive to light and temperature to control the current of the circuit. When they detected brightness decreases to a threshold value, the IR lamp will be turned on to give light compensation. However, there are loads of disadvantages, which brings unavoidable troubles for customers.

1. Detect the illumination of installation environment instead of the image scene

Those components give higher priority to detect the illumination of neighboring installation environment instead of the real surveillance scene. Some disturbing situations like corners and under the eaves where light compensation may not be efficient could cause shifting the IR cut too early and devices are not capable of rapidly switching back to provide colorful images. Therefore, cameras equipped with these precise elements require more complex installation environment.

Hardware elements have relatively long response times. They will recover in a few minutes after been influenced by certain illumination condition. Moreover, electronic components have a limited service life and failure probability, which indicates that users are highly possible to replace the whole device due to the small hardware failure. Thus, it costs extra expense.

3. Impact on water-proof and dust-proof performance

It is necessary that the product design must meet the high requirement of reliability. Cameras need to fit into any environment and work stably in any tough situations. However, Photo-resistor and photo-diode have limited water and dust resistance. They are especially easy to be damaged under extremely adverse weather condition, which promptly reducing their service life.

How does PixelSense Work？

The innovative PixelSense makes a huge difference. A patented ISP smart algorithm that suggested by Uniview is combined with our advanced sensor which has a particular pixel photoreceptive performance to realize more accurate day and night change. The sensor is more effective to detect illumination of captured information with its high-precision pixel units before image signal processing, and the detailed data of the illumination will mapping to a corresponding RGB curve of pixels, then smart ISP algorithm can be applied to intelligently analyze and process the curve to judge present brightness. Therefore, cameras are capable to determine if the IR cut need to be switched.

What advantages does the PixelSense can Bring?

The most obvious difference compared to the traditional photoreceptive hardware design is that cameras embedded with PixelSense technology are only affected by the brightness of the real surveillance scene. In other words, they will not be influenced by the installation environment, which provides a great convenience for users and installers. Pixelsense solves the problem that the IR cut may be shifted incorrectly or devices are not capable of quickly switching back to provide colorful images. In summary, it is more accurate and sensitive than hardware elements.

As mentioned previously, by using traditional hardware components, it is apparent that they are easily affected by some objective factors such as water and dust, which indicates the high possibility of hardware failure. Thus, software-based PixelSense technology spares a lot of troubles due to an extremely low failure rate of the software application, helps users prevent the extra cost of hardware damage. It is more reliable than normal day & night change detection method. 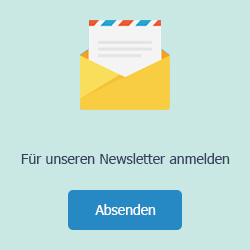